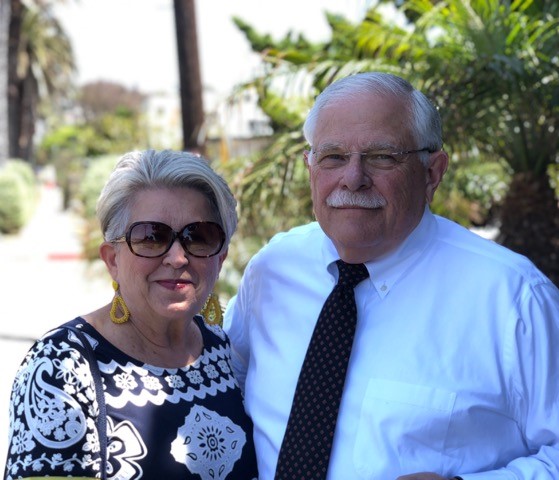 When Tom and Winnie Davis learned that their young grandson Mason was showing potential signs of autism, their first thought was to look toward to the University of Missouri for help. Being alumni of Mizzou, as well as long-time supporters of the University, the Davises knew there had to be experts on campus who could help their grandson.

“We were aware of the good work the newly formed Thompson Center was doing in autism diagnosis and treatment,” Tom said. “We contacted Judy Miles, Jeanine Stichter and Janet Farmer and requested an appointment for Mason. They were all very helpful, supportive and saw Mason as soon as there was an opening.”

The Thompson Center experts diagnosed Mason with autism spectrum disorder when he was less than two years old. The Davises have been staunch supporters of the center, and autism awareness advocates, ever since. Shortly after Mason’s diagnosis, Tom, who is the retired former CEO of MC Power Companies, Inc. in Kansas City, was asked to serve on a Missouri public policy panel to study autism’s impact around the state.

“The Thompson Center, still in its infancy at the time, was extremely well positioned to become a leader in research, treatment best practices and comprehensive diagnosis,” Tom said. “I believed then, and continue to believe that the Thompson Center is the organization best able to stay at the cutting edge of all aspects of understanding, diagnosing, and treating people with autism.”

The Davises believe the center is uniquely positioned to expand the number of qualified people in all autism-related professions as well as work through public schools to enhance the recognition and appropriate treatment of children who are affected by autism. Because the Thompson Center has this ability to train the next generation of autism professionals, the Davises recently have decided to create a scholarship to support students who are earning degrees in autism-related fields and receiving training at the Thompson Center.

“Among all of the needs that autism creates, having an adequate supply of qualified providers is at the top of the list,” Winnie said. “There are still places in Missouri where the closest provider of the needed services can be an hours-long drive away. If a focused scholarship can help clear an obstacle for a student who wants to enter the field, we would consider that a victory for Mason and all of his compatriots.”

The Davis Family Scholarship was originally created years ago to serve students within three other colleges at Mizzou. After a great deal of thought and observing the progress being made at the Thompson Center,  the Davises decided to focus the scholarship at the center because they believe it is engaged in the area of most critical need.

“Our greatest hope is that one day there will be an adequate number of well-trained, professional providers to appropriately serve every person with autism and every family member engaged in caring for them,” Winnie said. “With luck and continued good work at the Thompson Center our scholarship will contribute to meeting that goal.”

While the Davises are fantastic supporters of the Thompson Center in their own right, they would like to acknowledge the work and dedication of the Thompsons for their vision in creating and supporting the center for the last 13 years.

“Every family who has been through the Thompson Center would acknowledge a debt of gratitude to Bill and Nancy Thompson for their commitment to this center,” Tom said. “They set the stage for the center to attract exemplary researchers, therapists, educators and diagnosticians and gave them a place to do the kind of work that is recognized around the world for its excellence. We are grateful every day that our family was blessed by having Mason and are equally thankful that the Thompson Center staff has been with him, and us, through every step of his journey.”

The Davis Family Scholarship will provide annual support to a graduate or undergraduate student at Mizzou who is currently training at the Thompson Center and pursuing a degree in an autism-related field. The selection process and criteria for awarding the scholarship is based on the recipient’s potential career impact on individuals and families with Autism Spectrum Disorder in the area(s) of advocacy; diagnosis and identification; research; and/or treatment and intervention.