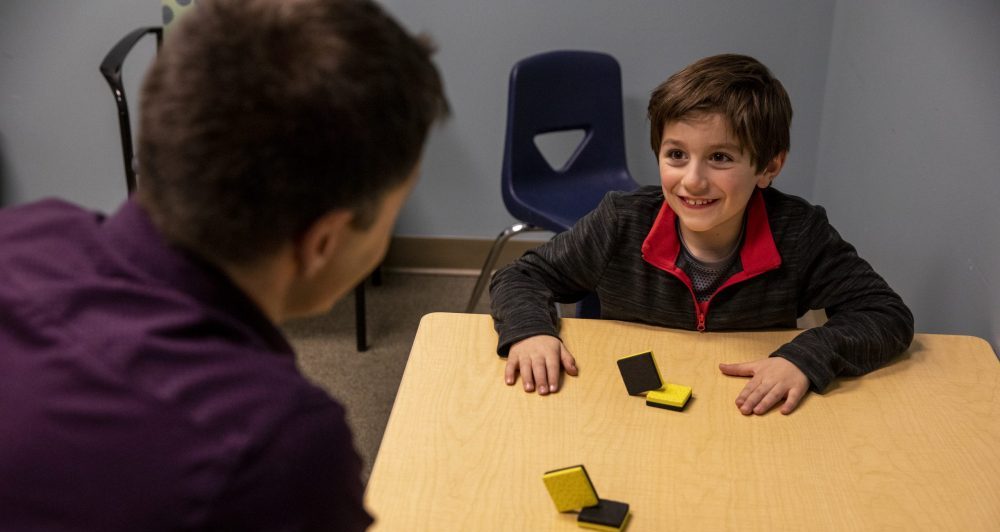 WISC Away the Time

For decades, neuropsychologists have used the Wechsler Intelligence Scale for Children (WISC) test as the gold-standard IQ test to determine the intellectual abilities of children with special needs. However, this comprehensive test takes more than hour—sometimes two hours—to complete and many children with special needs have a difficult time participating in such long tests.

Now, researchers from the University of Missouri and the Thompson Center have succeeded in shortening the current version of the WISC test, the WISC-V, while still maintaining its accuracy in determining a child’s IQ.

For the study, John Lace, a doctoral student at Saint Louis University who is completing an internship in clinical neuropsychology in the MU School of Health Professions, studied data from Thompson Center neuropsychological evaluations where the WISC-V was utilized. Lace and colleagues were able to identify which measures of the WISC-V were vital for accurate results and were able to remove as many as 4-5 measures that appeared to be repetitive. When recalculating the results of the tests after removing those repetitive measures, Lace found that the results remained similar.

“We think that by removing these measures, we can shorten the WISC-V while maintaining efficacy,” Lace said. “Even 15 or 20 minutes shorter would make a huge difference for children with special needs and their ability to complete the test. It would greatly increase the accessibility for children and make their evaluation process much easier.”

Neuropsychologists use the WISC-V as an important part of their evaluation of children with special needs. They use the results to help inform decisions about treatment and educational plans. Dr. Mike Mohrland, a neuropsychologist at the Thompson Center, says the WISC-V is often the most important test in both diagnostics and treatment planning.

“Decreasing the time it takes to test kids is an ever-increasing need in today’s culture,” Mohrland said. “Testing kids faster helps with their motivation and optimal stamina. Another benefit is that it allows more time to test other vital cognitive skills. This study is a showcase of the impressive caliber of trainees we get to work alongside at the Thompson Center.”

The researchers say the next step is to expand their shortened WISC-V version into clinical application. The study has recently been accepted for publication pending revisions. Co-authors include Zachary Merz, Dylan Seitz, Tara Austin, Erin Kennedy, Bradley Ferguson and Mike Mohrland.